“One who has unreliable friends soon comes to ruin, but there is a friend who sticks closer than a brother” (PV 18:24)

A person with many friends may still run into problems. A large number of friends does not equal help in the time of need. Many popular celebrities have faced this dilemma—they can have thousands of fans, yet fame is fickle, and the fans quickly disappear during difficult times. Our era of social media promotes many superficial connections who are called “friends,” but there are few true friends. Even the most connected can be lonely. The concept of friendship is a strong one in Proverbs, and the word friend is used nine other times in the book. Wisdom is called a friend (7:4), a friend loves at all times (17:17), a poor man is deserted by his friend (19:4), everyone is a friend to a man who gives gifts (19:6), a person with gracious speech has the king as his friend (22:11), faithful are the wounds of a friend (27:6), the sweetness of a friend comes from his earnest counsel (27:9), and do not forsake your friend and father’s friend (27:10).

From these verses, we see there are two kinds of “friends.” There is the friend who exists because you have something to offer (such as a material gift or popularity-by-association), and there is a friend who exists due to genuine love and friendship. The genuine or authentic friend is someone who sticks closer than a brother. In other words, he or she can be counted on. This friend is steadfast; he or she will be there for you even more so than a family member. Brotherhood is one of the strongest relationships we know. A friend who sticks closer than a brother is a rare treasure indeed.

A wonderful biblical example of this type of closer-than-a-brother friendship is what existed between David and Jonathan. They became fast friends following the battle in which David killed Goliath. Despite the many hardships both men faced, they remained faithful to one another as friends and protected one another from harm. Jonathan even risked his life interceding for David before King Saul, his father, who sought to kill David. After Jonathan’s death, David wrote a lament for his friend: “Jonathan lies slain on your heights. / I grieve for you, Jonathan my brother; / you were very dear to me” (2 Samuel 1:25–26). Their friendship was stronger than David’s relationship with any of his own brothers.

Jesus is known as a “friend of sinners” (Luke 7:34), and He has promised, “Never will I leave you; never will I forsake you” (Hebrews 13:5). Jesus is truly the Friend who sticks closer than a brother. Jesus says to us: “You are my friends if you keep on doing what I command you” (Jn 15:14). Blessed are you if the Lord Jesus Christ is your Savior and best friend! Worship Him! 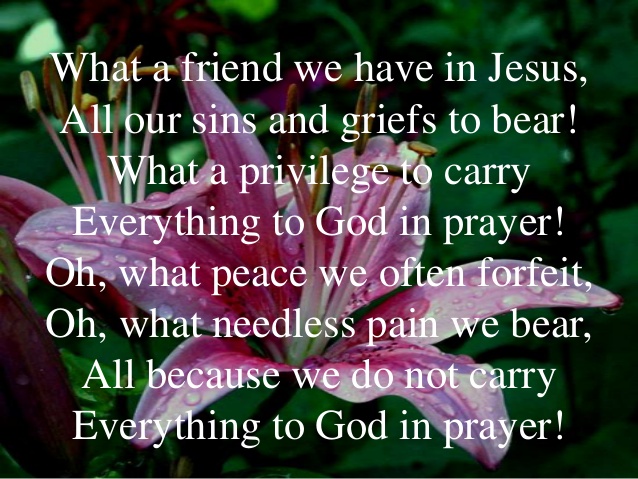 We are preparing for the church’s dedication later this month. We printed some billboards for the events and we wanted to place them in some parts of the city. We were informed that we needed the approval of the city council and of the ‘area boys’. The leader of the ‘Uvie youths’ asked for 350,000 Naira (about $1500). He said that this is ‘approval fees’ for the community. He said that we can use the spots for ‘one year’. We gave him the money last week. He gave us the receipt stating that the money will expire on the 31st of December 2015. He said that what he meant by ‘one year fees’ ends on the last day of the year, even if we pay in December. He succeeded to deceive us. He threatened us by saying that if we do not pay the same amount on the 1st of January 2016, the youths will bring them down that same day. This was high manipulation. Pastor Leigh pleaded with him but he was very stubborn and rude. Then Pastor Leigh told him: “I see that you do not fear God. This money was gathered by the church people for a church event. You deceived us and took the money. Now you have changed your word. I will not beg you anymore. Take the money and go. Do what you want with God’s money. May God have mercy on you!” Still talking proudly, the young man left. This happened yesterday afternoon. My husband was sad the whole day. This is a lot of money to be lost. Then we prayed that God should take control and glorify His name in Father’s House.

This morning at 4 am the same young man phoned Bro. John, the chairman of the organizing committee. He said that he could not sleep the whole night. He said that he wants to return the money. But Bro. John said that he cannot take such money back because of what Pastor Leigh said. At 7am the same young man phoned Pastor Leigh saying that he could not sleep the whole night and that he talked to the other leaders of Uvie youths and they all decided to grant us our wish. We can use the spots we decided for billboards until the end of next year (December 2016). After that, we only need to pay 50,000 Naira, renewal fees. This morning he came with the original receipts, knelt down and asked for prayer. He was a different man from the way he was yesterday. He said that indeed God is in Father’s House. To God be all the glory!

This is the promise of God:
“No weapon formed against you shall prosper,
And every tongue which rises against you in judgment
You shall condemn.
This is the heritage of the servants of the Lord,
And their righteousness is from Me,”
Says the Lord” (Is 54:17)

May God show Himself strong on your behalf! In Jesus name, amen!

“Blessed [gratefully praised and adored] be the God and Father of our Lord Jesus Christ, the Father of mercies and the God of all comfort, who comforts and encourages us in every trouble so that we will be able to comfort and encourage those who are in any kind of trouble, with the comfort with which we ourselves are comforted by God. For just as Christ’s sufferings are ours in abundance [as they overflow to His followers], so also our comfort [our reassurance, our encouragement, our consolation] is abundant through Christ [it is truly more than enough to endure what we must]”
(2Cor 1:3-5; AMP) 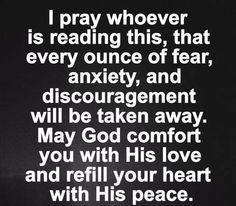