This is a wonderful story and testimony of a Christian woman who, from her humble life gave glory to God like few others do!
In 1995 the nation was stunned when news broke that an elderly woman named Oseola McCarty had donated $150,000 to the University of Southern Mississippi for their scholarship fund. This eighty-seven-year-old woman had been forced to drop out of school in the sixth grade to care for her family. For more than sixty years she made a living washing clothes in Hattiesburg, Mississippi, saving as much as she could from her meager pay. She wanted others to have the opportunity for the education she never received, so she gave away the money she had saved for so many years.
Oseola McCarty (1908-1999) was born in Wayne County, Mississippi and moved to Hattiesburg as a child. In her sixth grade, her aunt (who had no children of her own) was hospitalized and later needed homecare, so McCarty quit school, never to return. She later became a washerwoman, like her grandmother, a trade that she continued until arthritis forced her to quit in 1994.
Even before dropping out of school, McCarty was taught to save money by her mother. She opened her first savings account at First Mississippi National Bank, and over the years, she opened several other accounts at various area banks, including Trustmark National Bank, which she appointed trustee of her trust and executor of her estate.
McCarty never owned a car; she walked everywhere she went, pushing a shopping cart nearly a mile to get cheaper groceries. She rode with friends to attend services at the Friendship Baptist Church. She did not subscribe to any newspaper and considered the expense an extravagance. Similarly, although she owned a black-and white-television, she received only free broadcast transmissions. In 1947, her uncle gave her the house in which she lived until her death. She also received some money from her aunt and mother when they died, which she placed into savings as well.
Over time, Trustmark Bank personnel noticed McCarty’s accumulated savings and began to assist her in future estate planning as well as be unofficial guardians for her. (Bank employees and other friends convinced McCarty to purchase two small air conditioners for her house and cable television service.)
With the assistance of a local attorney, for whom she had done laundry, and the bank’s trust officer, using slips of paper and dimes, to represent 10% shares, McCarty set out the future distribution of her estate. She set aside one dime (10%) for her church, one dime (10%) each for three relatives, and the remaining dimes (60%) for the University of Southern Mississippi. She stipulated that the funds should be used for serious students, preferably those of African-American descent, who could not otherwise attend due to financial hardship. When news of McCarty’s plan was made public, local leaders immediately funded an endowment in her honor. She signed an irrevocable trust, allowing the bank to manage her funds from which she received a regular check.
In 1998, a year before her death, she was awarded many honors recognizing her generosity. . She received an honorary degree from University of Southern Mississippi, the first such degree awarded by the university. President Bill Clinton presented her with a Presidential Citizens Medal, the nation’s second highest civilian award, during a special White House Ceremony. She stayed in Washington DC for three days. It was the first time in her life that she flew in a plane and the first time that she slept in a hotel She also won the United Nations’ Avicenna Medal for educational commitment. In June 1996, Harvard University awarded McCarty an honorary doctorate degree. She who could not finish her primary school became a Doctor at Harvard University!
The Lessons? First lesson: God exists! God rewards! Give thanks to God! Secondly, as they say, ‘do not judge a book by its cover’. Do not make friends only with ‘big men’ who have money on display. Look for God’s servants in all places, even in the poor kitchens or the rooms where clothes are washed. Thirdly, generosity of spirit should be practiced by all. It is a royal stamp, a sure proof and a sweet fruit of the Holy Spirit! Our society values how much a person has; God values how much a person gives! Finally, whatever we do, let’s do it well, giving glory to God! If not in this life, then in heaven, but be sure of this: each good deed is rewarded by God who sees all people, no matter how humble they are. God alone takes the glory for such a humble and wonderful fulfilled life! 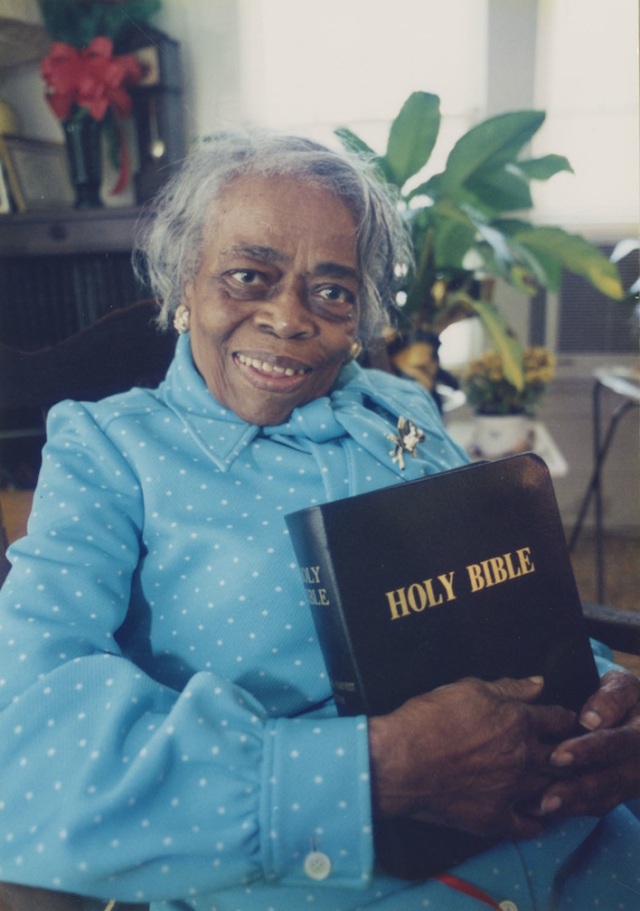