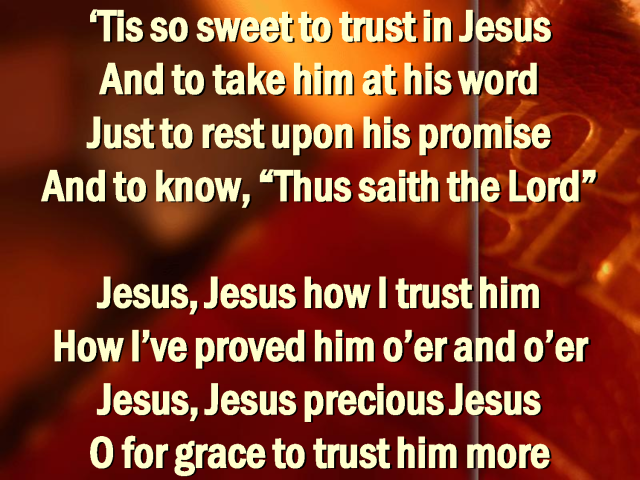 (by Louisa M. Stead, 1882)
The story behind the song:
According to the story: It was a beautiful sunny day. Louisa M. Stead, her husband, and her daughter Lily, decided to go for a picnic. They went picnicing on Long Island Sound. While having their picnic, the Steads heard a scream. It was from a young boy. Mr. Stead ran to the rescue. Louisa Stead and young Lily watched helplessly as Mr. Stead and the boy drowned. Their troubles were not over yet, however, and without her husband, Mrs. Stead became very poor and destitute.Yet God never left her. He provided for her always and she and her daughter made it through. Louisa learned to trust God, and thus the words to the song ‘Tis So Sweet to Trust in Jesus.’ Shortly after this incident, Louisa and her daughter Lily moved to South Africa where they became missionaries. The song is included in many hymnals and has been recorded by many artists.