“For He shall grow up before Him as a tender plant,

And as a root out of dry ground…

He shall see His seed, He shall prolong His days,

And the pleasure of the Lord shall prosper in His hand.

He shall see the labor of His soul, and be satisfied” (Is 53)

What does it mean that our Savior was a tender plant growing in a dry ground? How Jesus did survive so much opposition? Why did He not die before His hour came? What is the secret of His holy eternal success?

When Jesus was born everything was against Him. Herod the Great hated Him. He killed all the boys but Jesus escaped. Mary and Joseph were poor people. There was no other place for Mary to have her baby except the stable where animals stayed. There is no doubt that during her labor Mary experienced feelings of rejection and loneliness. No woman, however poor she is, wants to deliver her baby in a stable. I believe that it was also cold and she had to endure the unpleasant smell of animals. The pictures of Christmas may look romantic but the reality is different. Then they became fugitives in Egypt. Eventually, they come back and settle in Nazareth. Nathaniel said about that village: “Can anything good come out of Nazareth?” The childhood of Jesus was in a place where nobody saw any good thing coming from it. Jesus did not go to a regular school He learned the trade of carpentry from his father, Joseph. It is true that He was from the royal lineage of David. That could have been something good, but Israel did not have a royal dynasty anymore. It was the Romans that now chose their kings who had nothing to do with David. When Jesus entered ministry, the disciples that followed Him were poor un-educated people. The religious leaders hated Him and rejected His teachings. The religious leaders arrested Him and brought Him before their tribunal. Jesus did not have any lawyer. He did not even defend Himself. He did not write any book. He was a king but He did not have any army. He was eventually killed on the Cross. Humanity killed their Maker on Mount Calvary. He was buried in a rich man’s borrowed tomb. The Roman soldiers guarded the burial place. That should have been the end of the story… But Jesus rose from the dead and He lives forever!

All these factors against Him describe to us the ‘dry ground’ of the life of Jesus. There was nothing in His environment that helped Jesus survive or succeed. There was no place where He could lay His head… There was no man who can take the credit of saving His life.  How then did this Jesus survive all the hatred and negativity against Him? Not only survive, but how did He succeed to become the most famous Man all over the world?  Why is His name on our lips, more than 2000 years later? Why so many people call Him their Savior? Why do so many people worship Him, in every city, every country? What is the secret of His Holy success? The answer is that He is God! He is Jehovah, I AM, the self-sufficient God, who does not need anything man has to offer to live eternally. If you are a child of God, think about your Father…

This evening I say: If you are ‘trapped’ in an unloving marriage and your spouse does not encourage you at all… if you are a missionary and, with all your labor of love you see no visible fruits… If you live in an area where churches are all lukewarm, you desire to mature spiritually but there is no mentor, no Spirit filled pastor…If you are alone and afraid or even hopeless, then go to Jesus Christ, the hope of Glory! Go to Jehovah, the self-sufficient God who does need His creation to live eternally! Go to the Holy Spirit who will give you the strength to live and succeed even if the whole world is against you! For no ground is as dry as the one that held the roots of the tender plant called Jesus Christ! Allow the Holy Spirit to enlarge your vision to see how that Lonely Seed planted in that dry ground, against all the odds and plans of the devil, became the King of the Kingdom of God! If you are born again then you are part of the lonely painful travail that has satisfied the Son of God! This is the work of God! If God has started a work in you, nobody can quench it! No circumstance, no enemy, no devil can destroy the work of God! Once the zeal of God is involved in a work, nothing can destroy it!

This is our testimony! This is the very faith that propelled my husband and I to have the boldness to start a church in Warri, Nigeria. The ground is dry but the seed is Holy! The faith in Jesus Christ proved to be enough for us! Let us be encouraged to trust God when all things go against us. Like Jesus, we do not need anything to survive and succeed, only God! Jesus is enough for me! I am satisfied!

In Christ I declare:

Even if the spiritual atmosphere in Warri- Effurun, Nigeria is as dry as a ‘bonga fish’, the Kingdom of God shall be established here! Many souls shall be saved! Father’s House Bible Church is blessed! All to the glory to God! In Jesus name, Amen! 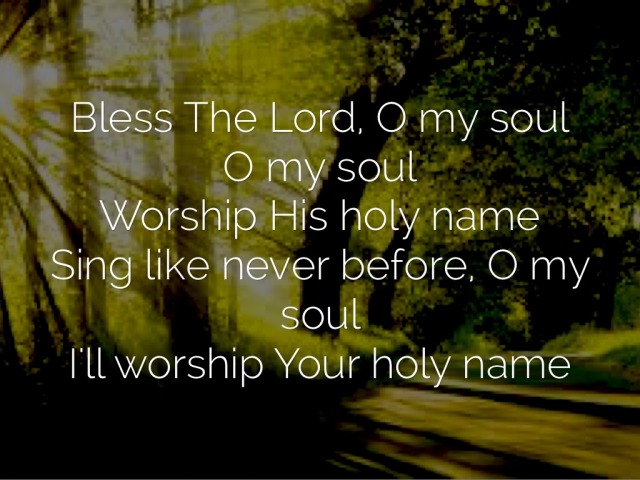