“Moreover He called for a famine in the land;

He destroyed all the provision of bread.

He sent a man before them—

Joseph—who was sold as a slave.

They hurt his feet with fetters,

He was laid in irons.

Until the time that his word came to pass,

The word of the Lord tested him.

The king sent and released him,

The ruler of the people let him go free.

He made him lord of his house,

And ruler of all his possessions,

To bind his princes at his pleasure,

The prophetic prayer meeting was very good. The brethren came hungry for the Word of God and excited to praise God. The preparation of hearts done by the Holy Spirit before the service starts is vital in the success of the meeting. We praised God with all our strength. Pastor U, his wife and two children had a serious accident last Saturday as they were coming to church. The car they were in turned over (‘somersaulted’ as we say in Nigeria) 4 times. They all came out ‘without a scratch’. Past U led us in prayers of thanksgiving and worship. We used him as a point of contact for others, who were involved in accidents, or could have died thru an untimely death thru sickness or armed robbery. Many came to the altar to thank God. We could have died, but God!!! We are alive not by mistake! We live because Christ lives! Thank You Lord! ‘Oghene Migwo!’ (Lord Thank You!)

Then the Word of God came. Prophetically we are in a season called ‘Shalom’. We are at the end of a spiritual war. We won the victory. We now must do what people do in times of peace. The singles shall marry; the married couples shall have children; the poor shall buy land and build houses. God will bless the work of our hands! In Jesus name, amen! We study the life of Joseph. He is a type of Christ.  He has two prophetic names. The first name was given to him by his mother Rachael. It is ‘Joseph’ meaning ‘increase, multiplication of blessings’ (Gen 30:24). The second name was given to him by his king, the Pharaoh. It is    Zaphenath Panea (Reveler of secrets, divine wisdom) (Gen 41:45). We identify with the anointing of Joseph. We cover ourselves with his mantle. We shall experience a supernatural multiplication of blessings and we shall know the deep things of God. We shall not be afraid of small beginnings. Like Jesus who fed thousands with just few loaves of bread and few fishes, we shall trust God for a divine increase of the small resources we have now. We shall know the mind and the will of God. We shall not make mistakes as we proceed forward. God sent the famine before He provided a Savior, Joseph. In the same way, God will send famine on the very location where we shall start our business. We shall prosper in the very place where others have failed.

God spoke thru two dreams to Joseph. God told him that he will be the leader of the family and of the nations. His brothers hated him for telling them the prophetic truth. They rejected Joseph’s dreams. In doing so, they rejected Joseph’s God and destiny. But nobody can stop the Word of God from performing. Their envy was criminal. They wanted the ‘dreamer’ dead. Joseph experienced rejection and persecution because of the Word of God. But at last, after many years and many tears, the Word of God came to pass. He became the Prime Minister o Egypt and from that position he saved his family.  Between the proclaiming Word and the manifesting Word, the Word of God tested Joseph. He had to fight hell itself. But his faith stood the test. He believed to the end. As Joseph, we shall trust the Word of God to the end!

In the same way, God will perform every Word spoken to us. No matter the attacks, no matter how long it takes, we shall hold on to the Word of God, for God’s glory and for our own good. We recommitted our lives to Christ again. Our faith was revived. Doubt is a luxury we cannot afford. From now on, to the end of time, we shall trust in the Word of God! Hallelujah! 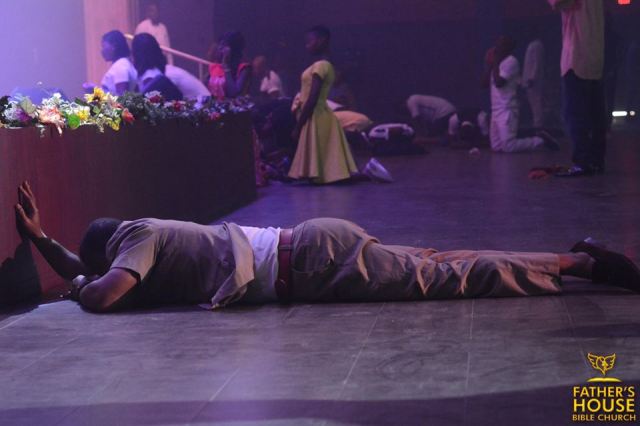