“Nevertheless, God’s firm foundation stands, bearing this seal: “The Lord knows those who are His,” and, “Everyone who calls on the name of the Lord must turn away from iniquity.” (2Tim 2:19)

I’ve taken these pictures during our trip to Israel some years ago. These are the caves at Qumran, in the desert near the Dead Sea. In these caves a thousand scrolls were discovered between 1946-1956. The scrolls were hidden in jars of clay, covered and sealed by the monks. These are the oldest complete scrolls of the Old Testament. They were hand written by the monks who lived there during the time of Jesus. The monks were called the Essenes, a Jewish sect of men who decided to live in the desert, to purify their body and mind from the world. They did not involve themselves with the politics of the day like the Pharisees. They refused to have slaves, choosing to serve one another. They lived in a voluntary poverty. Most of them refused to marry so that they can do God’s work. They studied the Old Testament every day and wrote down their commentaries. John the Baptist was one of them before he left the caves to baptize others in the River Jordan. Later, these monks were killed buy the Romans, but their work for God was not lost. After 2000 years, their scrolls were found! What a testimony! Praise the Lord!

What are the lessons for us today? First of all remember this: God knows His people! This is the foundation of God’s Word! No child of God can be lost in a cave or in a crowd! You cannot hide from God! This is my advice to the unbelievers: Give your life to Christ! Don’t waste one second! Time is not your friend! After that, be filled with the Holy Spirit and serve God the best way you can. Serve God not for money, publicity or for the praise of men. Serve God because He is God! Do not be tired serving God! It may take a long time, it may be after you die, but sooner or later, your work for God will be rewarded! Whatever is spoken or done in the darkness, God will bring it to light! Trust God as the Rewarder of them who diligently seek Him! In Jesus name, amen! Glory to God! 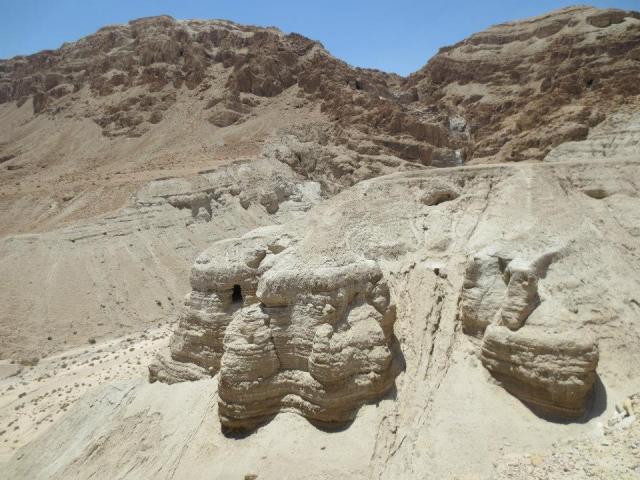 2 comments on “GOD KNOWS HIS PEOPLE ”